There are several artists whose practice has influenced my project in one way or another, from old masters to metamodernist emerging artists through their diverse use of theories of composition, perspective, subject matter and colour. My research has also covered many different types of map from ancient maps, old world maps by Gerhard Mercator and abstract maps by modern map illustrators from Julia Gash to Grayson Perry.

Jackson Pollock for his use of hidden fractals within his paintings. Physicist Richard Taylor researched artworks containing fractals. Jackson Pollocks works were made by his unique way of moving and balancing when putting the paint down on canvas to create his artworks. (Apparently there is a “fractal fluency” and it’s easy for an expert to spot a fake).

Botticelli – “Birth of Venus” and “La Primavera” – the spiritual and allegorical narrative of his subjects and the inclusion of botanicals and nature was particularly inspiring. The flowing hair of his serene female figures has been in the back of my mind throughout this project, and they have an ephemeral quality which echoes the allegorical/spiritual story of his paintings.

Nadja Gabreila Plein’s mindful and observational drawings and paintings of tree and root fractals, and her use of colour and viewpoint. Leonardo da Vinci‘s sepia sketch “Head of a Woman” – she is thoughtful and calm , and the sepia medium he used influenced my colour palette, the attitude of his female muse echoes the effect I want my work to convey. Artist Helen Wells holds similar interests to my own in the observation of nature and organic subject matter, I like her use of abstract fractal pattern and layers which create depth and interest in her works. Val Britton for her colourful abstract maps, Grayson Perry and Qui Zhijie for their fantasy maps, Gerhard Mercator’s traditional Old World cartography, and Matteo Zamagni – his immersive metamodern CGI/ Virtual Reality immersive live reels of computer graphics and biological images taken from nature, remixed creating ever-evolving hypnotic fractal patterns. The king of natural and ephemeral art is Andy Goldsworthy – his captivating organic leaf mandalas and sculptures created in their natural landscapes with found natural components, which eventually dissolve and return to the earth. 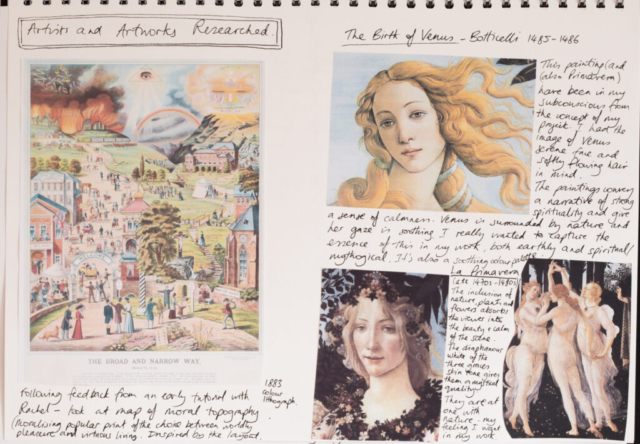 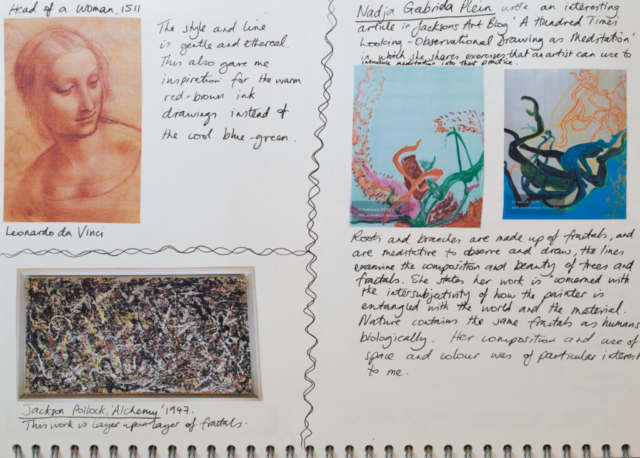 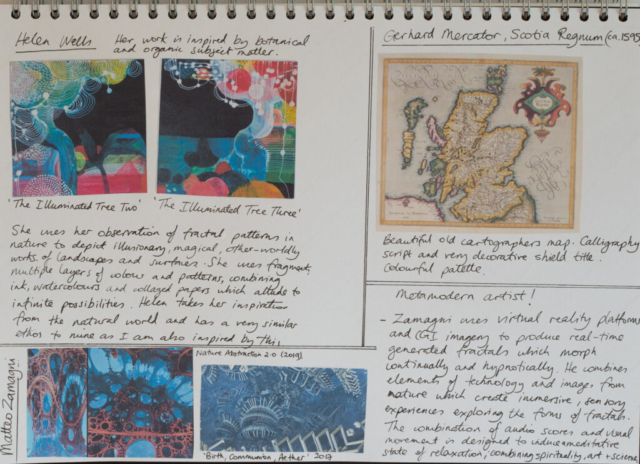 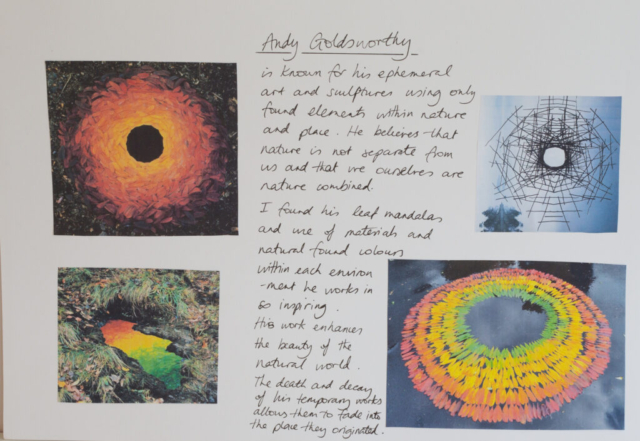